Funding of Rotary Club of Nelson’s initiatives comes from a number of sources. It may be from members who wish to support a particular Club donation such as a contribution made recently by members to the Mayoral Relief Fund to be used to support those in the city who suffered losses in the 2022 major weather event. The club also gave a donation in support of the flood relief out of retained earnings from the Motorhome Show.

Our team members selling entry tickets to the motorhome show

Contributions from time to time may be through a small fund-raising event such as a film screening, or a performance by a well-known group or even from a speaker of national prominence where either all or a proportion, of the revenue raised, goes to a cause.

It may also be from “bring and buy” stalls or auctions.

Other fundraisers over the years have included:

The Rotary Club of Nelson is also fortunate to have a bequest fund, the “ RG Branford Trust” from a former club member, Ron Branford. Under the terms of the request, income earned from investing the capital is to be used for “Community Projects in Nelson City, as recommended by the club’s board of directors and approved by a majority of members in a General Meeting”.

All fundraising activities are undertaken through a Registered Charitable Trust which has Tax free status, and the funds of the RG Branford Trust is also managed through this vehicle, so it is separated from all club operating activities.

A key benefit of donating to causes through Rotary is that there are no administration costs taken off the monies raised. Internationally we also work through the network of Rotary Clubs worldwide to ensure that humanitarian support goes direct to the intended recipients. This applies to humanitarian aid as was the case with the 2022 Ukraine appeal where funds donated, for humanitarian purposes, were funneled through Rotary clubs in those countries bordering Ukraine so it could be targeted where it was most needed.

This also applies within New Zealand and is, in part, the reason that the late Sir John and Sir Roy McKenzie chose Rotary as the vehicle to administer the granting of funds from income of the J R McKenzie Trust, for both charitable and educational purposes. The Rotary Club of Nelson, along with Nelson West Rotary, have both been involved in recent years in administering the distribution of grants to selected lower socio-economic families in the Nelson area, to help meet costs of providing uniforms for children attending intermediate and secondary schools.

Due to the level of funding required for the Rotary Club of Nelson to fulfill its own community programmes over their lives, it supplemented its income by developing community events that appeal to a broad section of the community and which provided fundraising certainty over a number of years. The two major events were a boat show launched in 1988 and the Motorhome show launched in November 2003.

Boat show in the Trafalgar Centre

The first boat show, which was titled Water 88, was initially established to meet an ambitious Club target of $16,500 over 2 years for funding of the Polio Plus project. The show was so successful that it was continued as an annual event with a total of over $300,000 by the time of the last show in 2007.

Other leisure products being sold at the boat show

The revenue from the show was generated by selling sites to exhibitors and entry fees for the public to come to the show. The show was held in the Trafalgar Centre and was built around the major boat manufacturing/sales companies in the region including Bolitho Marine and Sports Marine Powerboat Centre, together with related leisure equipment suppliers, such as fishing gear, and with many of the companies at the Port, who supply or service marine equipment taking sites.

More boats on display outside.

It was recognised that the show would have a life cycle as a revenue earner and accordingly a Motorhome show was started by member Jenny Black with the first one held in 2003, with the intent to grow this as the boat show peaked out. The two events continued to operate each year through to 2008 when the impact of the Global Financial Crisis impacted worldwide and discretionary spending significantly reduced. As a result of this situation, it was decided by the club to discontinue the boat and leisure show.

Smiling in delight is Jan, or as we call her during the motorhome show "The Boss".

The motorhome show started out on a vacant site adjacent to the Mega Mitre 10 in Annesbrook but later shifted to the rear of the Tahuna Motor Camp off Parkers Road. Between 2003 and 2008, the show was sponsored by A R Page Kia Motors Ltd through member Chris Page. In 2009 member Jan Aberhart (Heslop) and Heslops Group (Owned by Jan and Husband Lloyd) became naming rights sponsors alongside Rotary Nelson. They saw this as a good fit with their heavy transport maintenance operations and the opportunity to achieve greater penetration in servicing the Motorhome and Caravan markets.

One of the commercial sales areas

Once again, they focused on leading suppliers, attracting the RV Leisure Centre and the DeLuxe Group, both of which are major suppliers of Motorhomes in the Top of the South. In addition to Heslops, other sponsors including MTF Finance, More FM, VTNZ and Moutere Caravans came in with support. In addition to commercial exhibitors the show also catered for a second-hand sales area for private owners who wanted to sell their caravans and campervans.

Where private caravan sales are held

Signing up to a free raffle for every entry ticket

It has been great fun to run these shows and interact with the community to generate income for our projects. They have proved very popular with the latest one in 2019 attracting 2500 attendees over the 2 days. Though there has been a break during the covid restrictions and subsequently a lack of stock in the country as demand fell with the borders closed for International travel. It is anticipated the Motorhome show will return as an annual event from 2023, so watch this space.

Parking control at the motorhome show

Having a rest amidst the busy motorhome show

Stories you may also enjoy 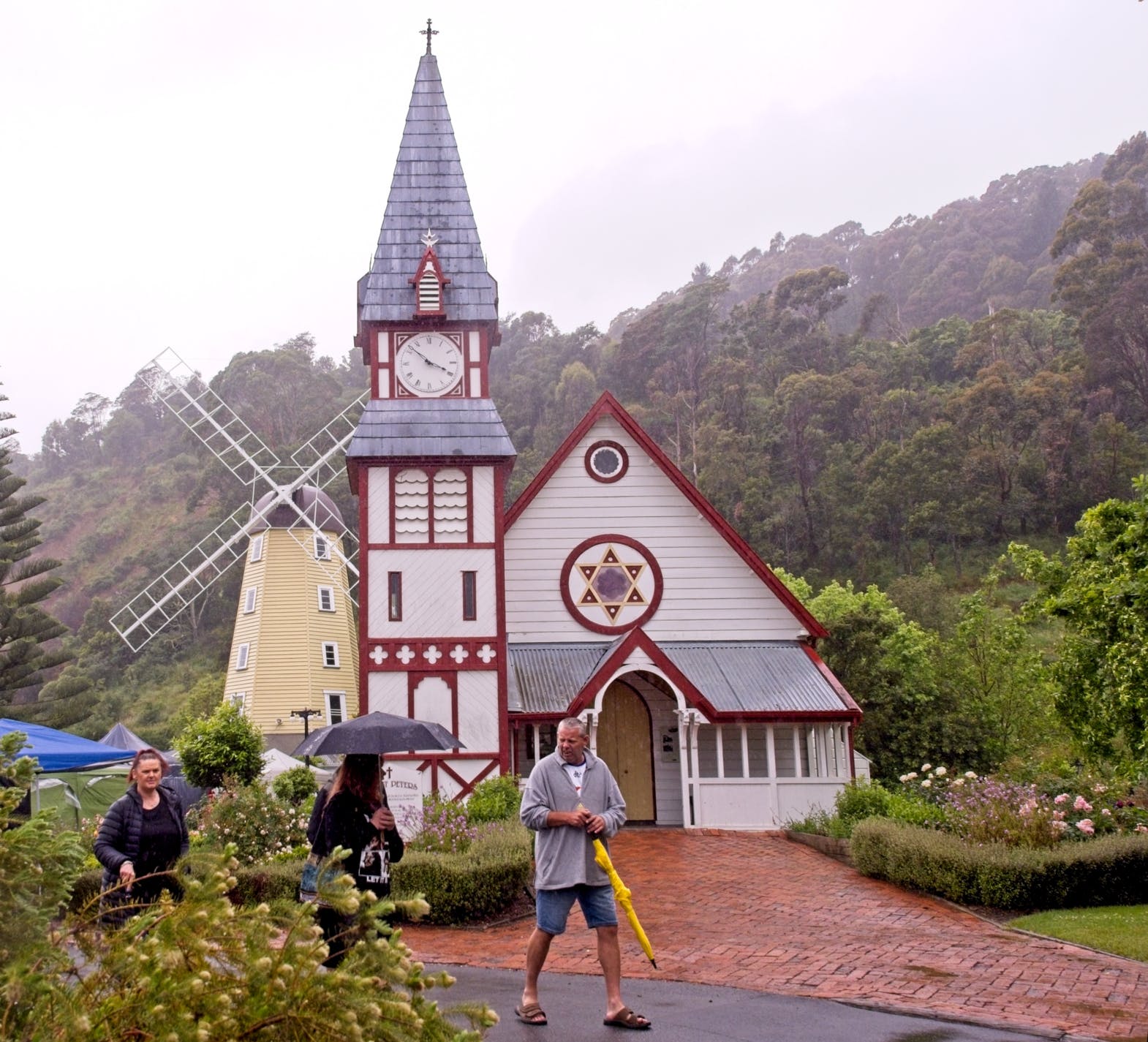 The Founding of Founder's Park

The Founding The impetus to establish a heritage park came from a number of Nelson Residents, in 1974, who wanted local storage for their heritage items to keep them in the district. In 1976, the Newman family donated $50,000 towards a regional trans...

When it comes to off road cycling there are a wide variety of options across the Top of the South for both mountain biking and trail riding. When the Government’s National Cycleway programme was launched in 2010, the two projects chosen for invest...

Nelson a Vibrant Centre for the Arts

Not only are Nelson and Tasman great places for activities in the outdoors, residents and visitors also have amazing access to the Arts for both entertainment and education through the iconic Theatre Royal, Nelson Centre of Musical Arts (NCMA -former...

The Rotary Club of Nelson has always been fortunate to have a strong group of medical professionals within its membership. This has included specialists, surgeons, obstetricians/gynaecologists, general practitioners, a dietitian, nurses and a pharma... 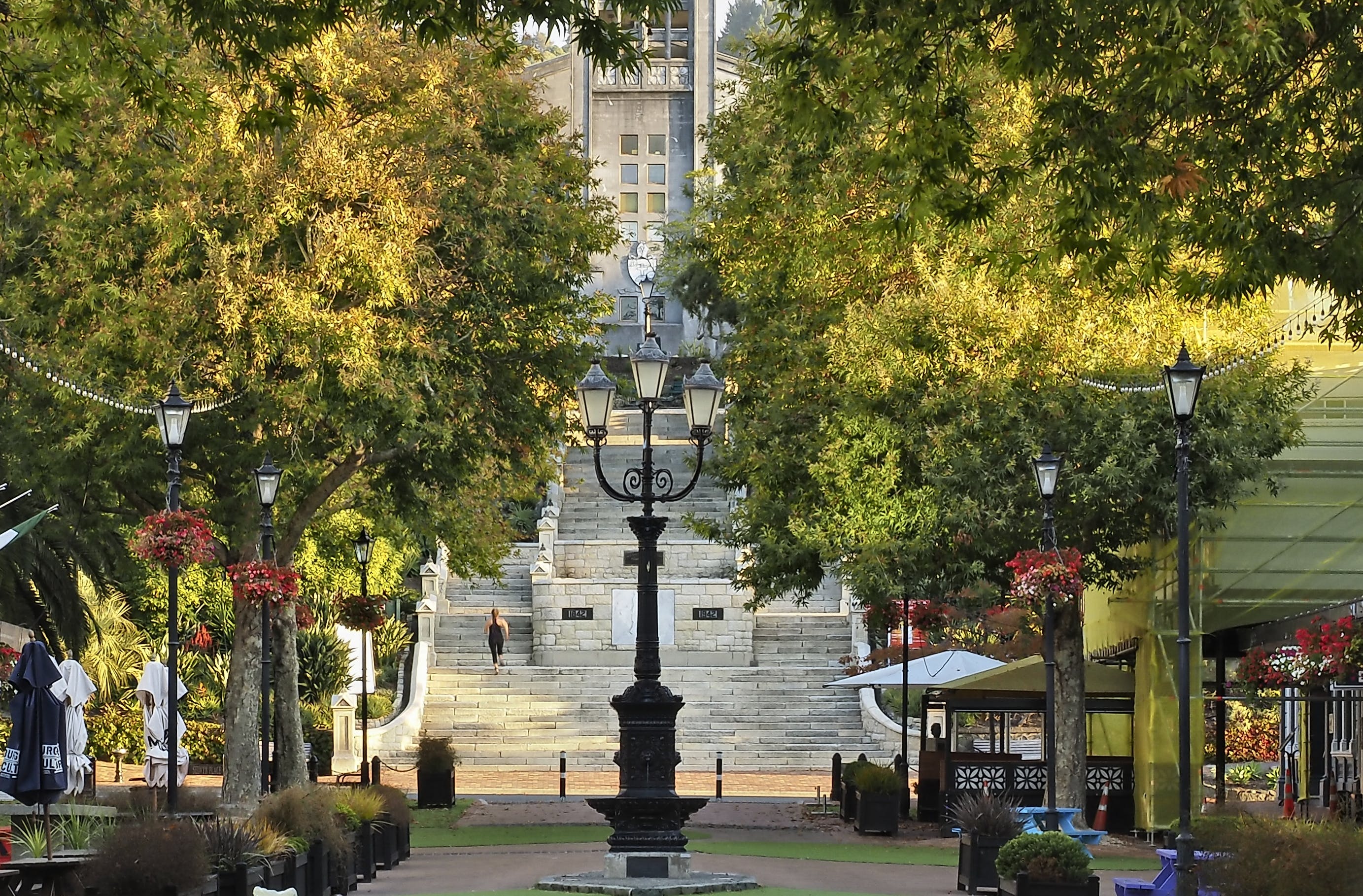 Enhancing Nelson and the Region

Nelson City is fortunate to have dozens of parks and reserves for relaxing, picnicking and recreation with many of these quite hidden away in residential areas. These complement the extensive trails in the reserve areas in the hills surrounding the c...